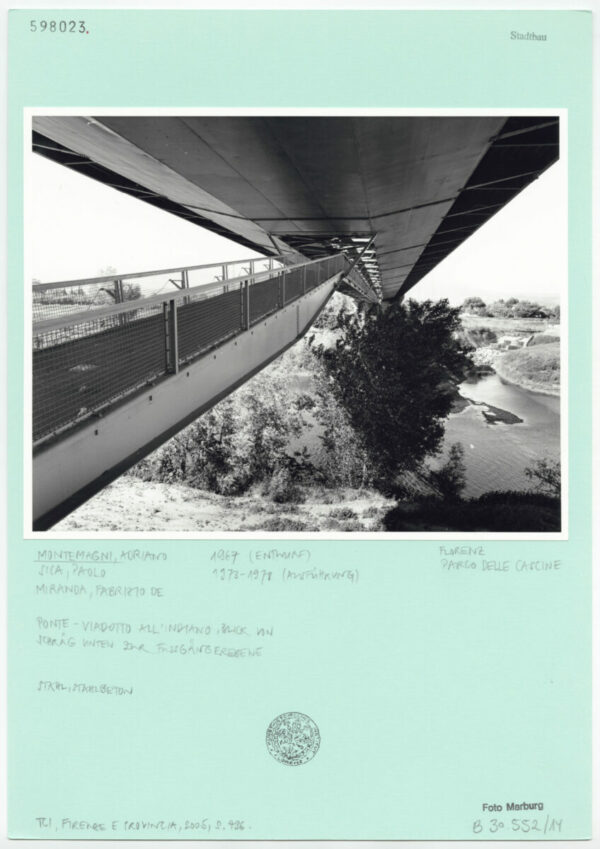 Public Time, Monuments and Ghosts in Florence: A Walk and a Conversation

What do we consider a monument in a city where the historic centre is labelled and marketed as the ‘Cradle of the Renaissance’? Do we expect monuments? Do they expect us? How have they changed their meanings over time? Who ascribes meaning to them? What has never become a monument, but still ghosts through the ages as a witness? How does a city open up and seal itself in time? Is there a ‘public time’? A time that becomes public? In which a city can be ‘read’?
Walking together through the western periphery of the city, we observe and discuss a zone on both sides of the Arno: The Isolotto neighbourhood with its gardens, built in the post-war period as a model of social housing, the Ponte all’Indiano, a cable-stayed bridge over the Arno built in the 1970s, and the Le Piagge neighbourhood, which – built in the 1960s – was at times a social hotspot. A small branch leads to the Monumento all’Indiano in the Cascine Park, built in memory of the Indian Prince Rajaram Chuttraputti, Maharajah of Kolhapur, who died suddenly in Florence in 1870 at the age of 21 on his way back from Lon-don.
The event results from a three-year cooperation between the Kunsthistorisches Institut in Florenz – Max- Planck-Institut and Villa Romana, which since 2019 jointly invited ‘International Research Fellows’ and thus initiated an intensified dialogue.

The discussion will take place at Villa Romana, Via Senese 68, 50124 Florence