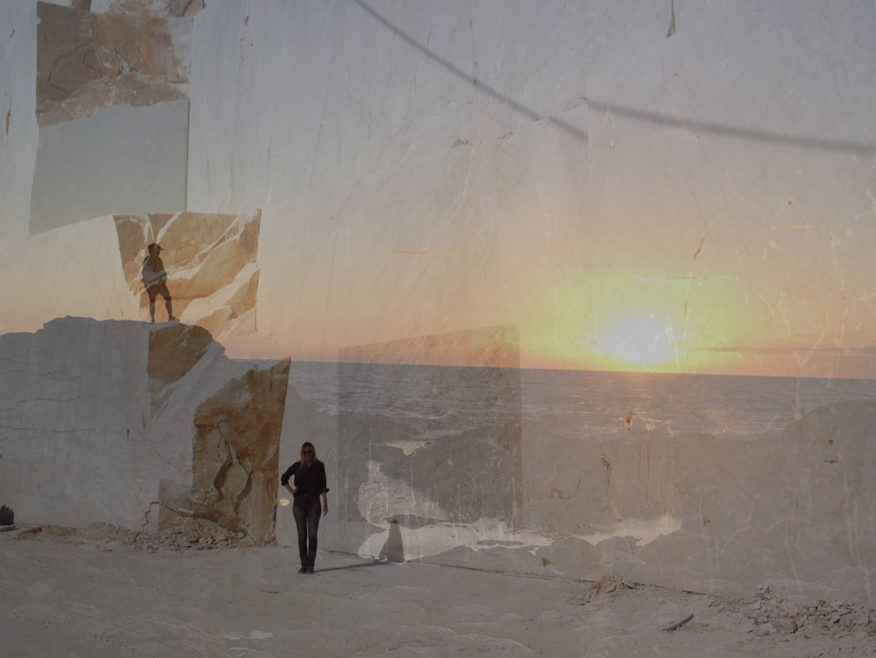 Sophie Reinhold
A performative sound synchronization of cava no 150

‘It looks like an ancient theatre stage. On the wall is an image, a marble image created by excavation. She has simply cut a rectangular section from the mountain.

One imagines that cutting the side of a mountain would be like trying to groom a wild horse, but here the redemption of this type of production and the concept behind it is emphasized by reduction – it has already taken place. Her scrutiny of the image fluctuates between concentrating on the image and the awareness of being filmed, between studio and stage. Landscape and time stand still, like a filmed photo. Do mountains grow back?’
Nora Schultz